In this article, I present a data-driven analysis of the UI Design career based on job ads from companies such as Peloton, Seat and Ubisoft.

In short: Much has been said about what it means to be a Product/UX/UI/Visual designer. Many designers have written wonderful articles before. I am taking a different approach: I look at what companies say in their job advertisements.

Now, back to UI design.

What UI Designers do?

UI Designers need to understand technical limitations, the user and use cases to be able to deliver their work.

Moving to more specifics, I started counting how many times each request showed up in the data set. Here are the top 5 requests:

User Interfaces are the main delivery made by UI Designers, which means that they design interfaces, websites and any other digital outcome.

UI Designers also work in building the User Experience, mainly through the deliver of Interfaces.

UI Designers work building design systems. A design system, by definition, is a ‘a collection of reusable components, guided by clear standards, that can be assembled together to build any number of applications’.

What a UI Designer needs to know?

Think about these skills as some necessary layers (or mindsets) for designers to do their work. As you can see on the Top 5 below, not only design skills:

UI Designers rarely work alone. By working in teams, having communication skills are key for doing the job.

Perhaps the most obvious, as UI Designers are all about how the project will look like. Here companies emphasize how UI Designers need to have ‘an eye for design’, in terms of knowing about color, composition, typography, etc.

UI Designers need to know about business goals and how their work affects their clients’ businesses.

UI Designers are advocate for the users. User-centered design is a method/skill to help designers put their users at the center.

UI Designers utilize data for making decisions in their designs.

What else is in the skill set of a UI Designer?

UI Designers also need to carry some other skills in their skill sets, such as Coding, Motion Design, Illustration, and Branding:

What software UI Designers use?

UI Designers mainly use Adobe Creative Cloud, while Sketch and InVision are less frequent in the job ads.

Where do these answers come from?

I analyzed 50 job advertisements for UI Designers found on LinkedIn. These job ads came from 24 countries in the Americas (North and South, Asia and Europe. Some companies are very well-known (Peloton, Seat, Ubisoft) while some others were new (at least to me). The full list of companies can be found here.

But 'pixel-perfect' interfaces are just one part of the job. UI Designers get involved in a range of activities to be able to do the job — research, business, coding, etc. For example, understanding requirements and conducting research as a way to design better interfaces.

#2 Every company is different and their recruitment needs are different.

Each company is different. A company hiring their first UI Designer have very different needs than one looking to hire their 100th UI Designer.

In this article, I have mentioned over 10 different skills/activities/software. But do not panic, not all companies will ask you to know it all.

To illustrate how companies might differ in their requirements, here is a comparison between some of the requests made by Peloton, Seat and Ubisoft in a UI Design position.

As you can see, companies might emphasize some skills more than others when hiring. The recommendation here is to spend some time researching the companies you are interested and what they are looking for. Which skills do they look for? Then make sure to build those skills and not all the possible skills :)

If you liked this article, I recommend to check the other guides I wrote looking at the Product, UX and Visual Design careers.

Do you know where this article would look great?
In your timeline. 😉
If you like the article, please share it.

Good content, once a week? Say no more.
Register to the Designcareer.co newsletter.
Thanks for registering! 👏
Oops! Something went wrong while submitting the form. 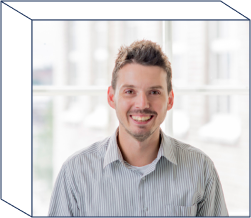 Thanks for reading.
I'm Paulo Dziobczenski, the founder of Designcareer.co. Let's connect on LinkedIn or Twitter. 😉